My kids would be interested if they saw folks that look like them on primetime tv or even streaming.


Shegetitdone is going to change this narrative.


If you’re like me, you get excited when a character on TV show or movie works in the construction industry. With all of the characters that I’ve met in the industry over the years, you’d think there would be more of them blessing the screen. Nevertheless, I’ve compiled my list of favorite construction workers from TV or movies.

As we discussed in our countdown of the top 5 cartoon construction workers, as well, there’s no doubt that seeing characters on TV in certain professions can influence young people into working in a specific field. It’s important for the workforce of the future to see good, positive role models in the construction industry.
To kick off the countdown, I chose what could be a controversial character: 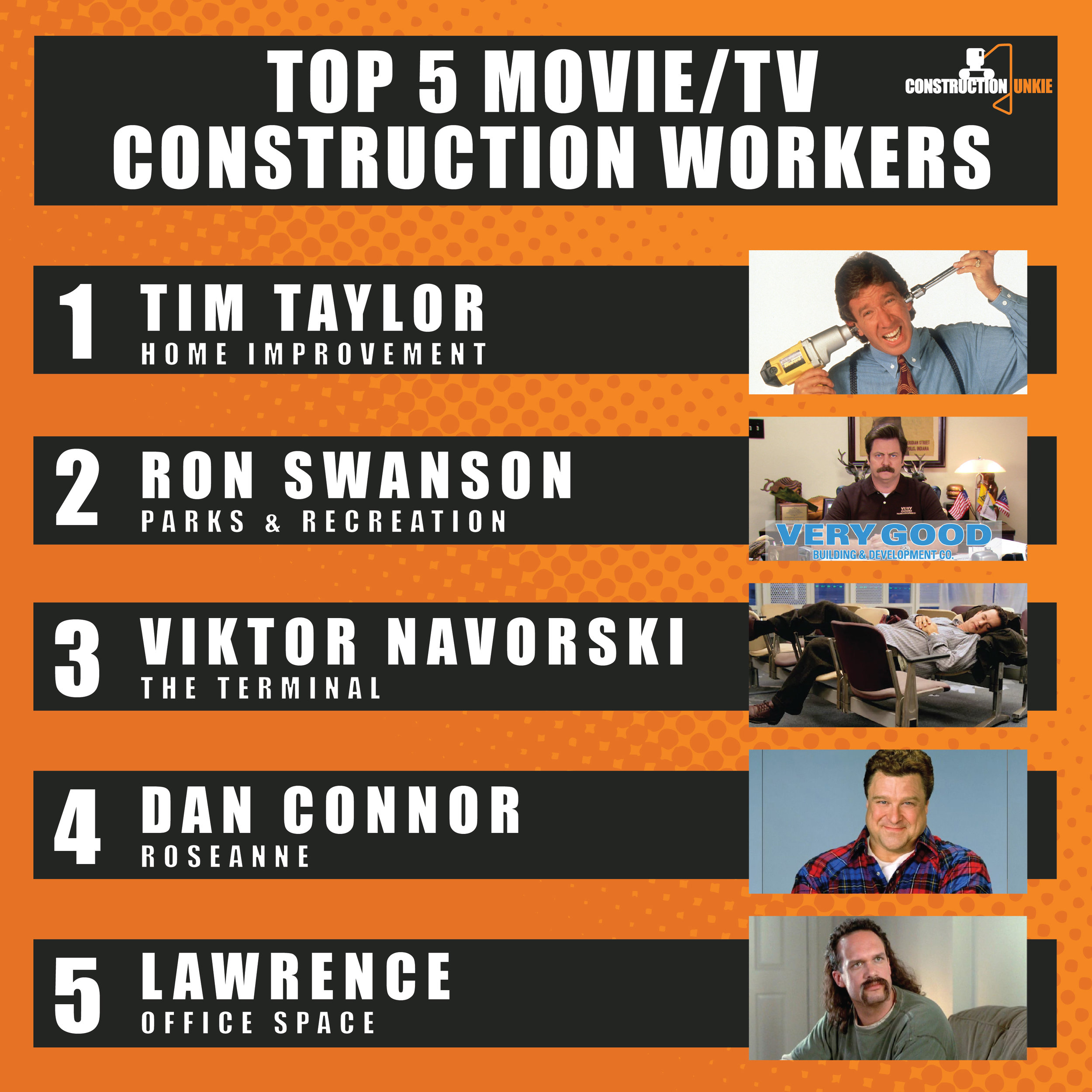 While he may not technically be a “construction worker,” he’s so ingrained in pop culture as a blue collar influence that he might as well be. It’s hard to think of using power tools without thinking of the character, it’s also hard not to do Taylor’s signature grunt.

While he started out as as a libertarian government official, Swanson ended his time on the show Parks & Recreation as the owner of “Very Good Building & Development Company.” The character, as well as the actor who plays him (Nick Offerman), are both extremely talented woodworkers.

Viktor Navorski didn’t start out as a construction worker, either, he kind of fell into the role when he was stuck at the airport due to international politics. He lands at #3 because, hey, it’s Tom Hanks.

Dan Connor, the hardworking patriarch of Roseanne’s family, held several jobs throughout the series, including being a contractor for part of it. The actor, John Goodman, also played the live action version of Fred Flintstone, also a construction worker, although prehistoric. One of Connor’s unique abilities that many other contractors don’t have is the ability to be risen from the dead, as his character was killed off and then brought back later.

Lawrence is that chill neighbor that can hear everything you do through the thin, uninsulated drywall of your apartment complex. He’s also a contractor and gets the main character in Office Space, Peter, interested in construction work by the end of the movie.

While they didn’t make the cut of the top 5, it’s important to mention several other characters that have appeared in movies and TV in a construction role.
Tell me who your favorite is or if I missed anyone in the comments!