“A lot of the jobs that are available to people with felony convictions, the pay rate is very low,” Randle said. WHY? 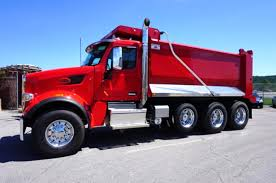 SUMMIT COUNTY, Ohio — A new program in Summit County is making it possible for people with felony convictions to drive forward into a new career.

Through a partnership among Oriana House (a nonprofit agency that provides services and treatment for substance abuse and mental health), Stark State College and the Summit County Think Tank Coalition, residents of Oriana House with felony convictions can take part in a program to receive their Class B commercial driver’s license (CDL) at no cost. The goal is to help reduce recidivism.

Bradd Dine, 29, is a resident of Oriana House in Akron who plans to take part in the program and receive his CDL.

“The root of most my trouble, probably substance abuse,” Dine said. “I got in a little bit of trouble. I had to go to prison for a little bit.”

When Dine got out of prison, he said he ended up at Oriana House for parole, where he said he’s had a good experience, especially in his interactions with staff members. Prior to his time in prison, Dine said some of the work he did involved driving a truck.

“I used to drive a flatbed and I did some impounds and picked up accidents and impounds, and I had done some delivery routes,” Dine said.

A lot of similar jobs he’s now trying to find require a Class B CDL. So when Oriana House let residents know about this new partnership, Dine was interested and attended a virtual session with Stark State via Zoom.

According to Donald Ball, dean of engineering technologies at Stark State, the partnership is possible because of donors, including the city of Akron. He emphasized the Class B CDL program has open seats.

“It really is in the top jobs for CDL in Summit, Stark, and the nation for that matter,” Ball said. “So I wanted to kind of encourage people to come out and take a look and come to our website, and we’ll be glad to help you.”

Dan Schweitzer, Program Director of Oil and Gas & Environmental Technologies at Stark State, said Class B CDL training is relatively short, about 80 hours total, depending on the skill level of the person, while Class A training is about 200 hours minimum.

“Class B is basically if you’re going to have a heavy vehicle that is licensed to carry over 26,001 pounds,” Schweitzer said.

Class A involves the same weight but allows the driver to pull a trailer of fewer than 10,000 pounds. Usually, those jobs are “over the road,” while Class B is more local.

“Some of the larger package delivery trucks, cement mixers, those are Class B because they don't have a trailer,” Schweitzer explained. “If you see they're taking house trusses, shingles, drywall, those tend to be Class B delivery jobs, and that's why they also tend to be a little more local.”

Schweitzer said Class B CDL jobs average about $20 per hour to start. And, with so much demand for truck drivers, he said as long as drivers are insurable, employers may not mind that they have a criminal record. However, someone with a felony background “is a little bit more difficult to place initially.”

“Once they get a year or so of experience and have shown that they're insurable driving, the sky's the limit,” Schweitzer said.

He added, “I've always felt that you need to have some kind of program for this because recidivism, if they have no opportunities to have a job and own a home or support a family, then the deck is stacked against them.”

“We think Class B fits a lot for people putting their lives back together,” Schweitzer said. “They may have childcare issues that they have to be home every night.”

Schweitzer said students in the Stark State program have one-to-one instruction time and that the program starts a new class every two weeks, on a staggered schedule.

Michael Randle, Vice President of Correctional Programs in Summit County for Oriana House, said there are barriers to getting hired with a felony on one’s record, as well as certain occupations where it is more difficult to get hired. He said it can also be difficult sometimes to get a job that pays a living wage.

“A lot of the jobs that are available to people with felony convictions, the pay rate is very low,” Randle said.

Randle noted that Oriana House has a “long history” of working with other social service agencies and nonprofits, “all trying to give opportunities to people with felony records.”

Randle said that in addition to being the right thing to do, he thinks it’s important “that people with a felony record, once they’ve paid their debt to society, are given an opportunity to become productive citizens. Programs like these give those people an opportunity to earn a living wage and become taxpayers. So it's a great opportunity for them.”

E.J. Brinson is a community advocate for the Summit County Think Tank Coalition. He described the program as an “amazing initiative,” one that is “going to provide felons with an opportunity to have a livable wage.”

“Then we’ll be able to build off this initiative, research further into education and employment for felons and develop more programs with community partners similar to the Oriana House and Stark State,” Brinson said. “So I just think that that's phenomenal.”

Brinson said the program hopes to start off small and build success before branching out to more people with felony records to help them reenter society. He said they are also working on a housing initiative.

“I think that we need more actionable initiatives like this in Summit County to really tackle recidivism,” Brinson said.

For Bradd Dine, it’s an opportunity that fits well with his interests and with his life.

“I’ve always liked to drive since I've been in my teens,” Dine said. “If you get into a factory, it's kind of repetitive. You know, being able to be out, not in an office. You know, if you're driving past something beautiful, you might get to see some sights and stuff like that.”

He said he might consider getting a Class A CDL later on but is trying to stay local for now since his son is only seven years old and hopes to get some experience within a company for five or 10 years.

“Me personally, I'm really excited about it,” Dine said. “I think a lot of the part to be successful in having felonies is kind of the reintegration into the community. So having a program and getting me started with something like that, obtaining some certification, I think they were talking about some placement maybe, to me that means a lot. I'm very grateful that they're doing that.”