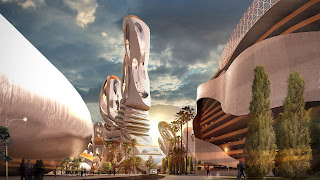 On Monday, Akon, real name Aliaume Damala Badara Akon Thiam, laid the first stone for Akon city in Mbodiene park, 100 kilometers from Dakar, the country's capital city, and said work would begin next year.
"We are looking at Akon city to become the beginning of Africa's future," he said at the ceremony also attended by Alioune Sarr, Senegal's minister for tourism, and other government officials. "Our idea is to build a futuristic city that incorporates all the latest technologies, cryptocurrencies, and also the future of how African society should become in the future."