House of Representatives impeaches President Trump for the second time. 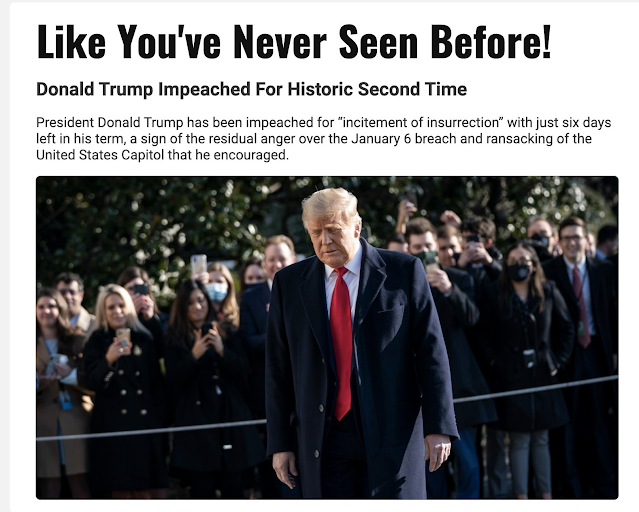 The US House of Representatives voted to impeach President Trump on one article of impeachment on Wednesday, charging the outgoing president with inciting the January 6 attack on the US Capitol building. The House vote makes Trump the first president in US history to be impeached twice.
- The Senate will not convene until next week to hold a trial for the president, according to a spokesperson for Majority Leader Mitch McConnell - A number of House Republicans have voted to impeach Trump - On Tuesday, Speaker Pelosi named nine House impeachment managers for Trump’s Senate trial - VP Pence said on Tuesday that he will not invoke the 25th Amendment at the House’s urging